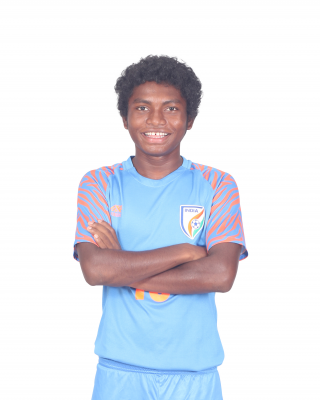 In 2014, the Indian Super League partnered with the Premier League to take football to the masses. Since then, the Premier League has assisted the Indian Super League in many aspects. Today, the ISL has become the top flight of Indian football. It has a cumulative following of 150 million, and the numbers are growing. The ISL has earned a position globally and has seen significant deals on and off the pitch.

But, how can a young student-athlete prepare to become an elite footballer in India?

The developmental pathway in Indian football

The developmental pathway in professional football is divided into three stages. Grassroots (5-11 years), Youth (12-17 years), Professional (18 – above). In these age categories, there are multiple age-group competitions. These competitions are further divided into inter-state, club, academy, and school.

The All India Football Federation, the governing body for football in India, launched Baby Leagues in 2018. It is a nationwide project to provide initial competitive exposure for the grassroots category. Since its start, the Baby League has been organized in 20+ Indian states. In the later years, the ISL, too, has kicked off its grassroots initiative – the Children’s League.

The AIFF organizes sub-junior and junior nationals for state teams at the youth category. These competitions are organized at the regional level, and teams are divided into zones. Once the regional competitions are concluded, the national finals are conducted. The best players from these competitions stand a chance to be scouted by representatives of various youth national teams. Government institutions and government-supported organizations also recognize the certificates from these tournaments.

However, one major challenge with the national championships is the lack of transparency in selecting state teams. Another problem is that many youth players drop out of the system in favor of academics, especially after standards X and XII. They are forced to make career choices early in their lives due to a lack of options to pursue both simultaneously.

The first challenge is partly mitigated by the emergence of the national youth leagues. In 2017, the AIFF started the U-13, U-15, and U-18 youth leagues across the nation, where registered clubs from India take part. It is further complemented by Subroto Cup, Reliance Foundation Youth Sports, and Khelo India School Games in recent times. Players can now get spotted for the age group national teams based on their performance in these leagues, and thus they are not exclusively at the mercy of the state associations.

To address the second problem, Bhaichung Bhutia Football Schools (BBFS) have introduced their flagship residential academy program. The residential academies are ideal for aspiring footballers to excel in academics while preparing for top-tier football.

Alongside proficient academic teachers, residential academies have experts working in sports science, physiotherapy, psychology, nutrition, coaching, physical training, and similar sports-related domains to emphasize student-athletes’ social, mental, technical, tactical, and physical development. Every year, the students participate in all the regional and national tournaments. Before the pandemic, athletes were sent to international games in Spain, Singapore, and Portugal.

BBFS also owns Garhwal Heroes Football Club (GHFC), a Delhi-based professional football team. Student-athletes who perform in competitions get an opportunity to represent GHFC. Others are sent for trials in top teams through the BBFS scouting network across India and abroad.

Further, BBFS, in association with GHFC, has developed its flagship university residential program. Aspirants between 18-23 are often at the crossroads to choose their life options, and in an attempt to do so, they miss out on pursuing organized sports.

The university program by GHFC will enable students to continue playing while they complete their graduation. The program will provide deserving athletes the option to play at the national level or get scouted by teams in the I-League and Indian Super League. Alongside a degree of their choice, the program will also offer opportunities in sports-related courses for aspirants willing to pursue a career in the sports industry.

At the senior level, the AIFF organizes the Santosh Trophy. The selection for the Santosh Trophy happens through the state leagues. The 36 state associations that are registered with AIFF conduct their leagues. Every league has 10+ local clubs, where the top players get selected for state teams.

However, like the youth teams, selections made by state associations are fraught with a lack of transparency. Again, the club system is more efficient, as the clubs are structurally incentivized to put up the most competitive teams possible.

The I-League consists of 13 teams. In India, a player needs to be 18 to attain a professional contract as per the guidelines issued by the national sports bodies.

The football factory of North-east India