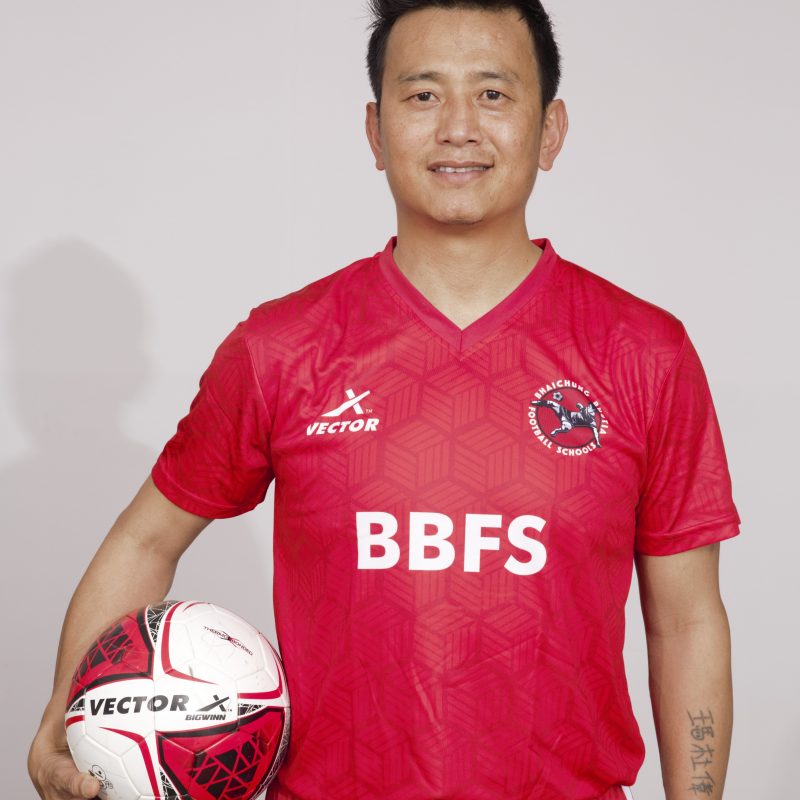 The football factory of North-east India

Last year, out of the 270 registered footballers in the Indian Super League (ISL), around 100 were from the North-east. Which means one-third of India’s top football league players are from the eight tiny North-eastern states. The eight states – Arunachal Pradesh, Assam, Manipur, Meghalaya, Mizoram, Nagaland, Sikkim, and Tripura – comprise just 3.76% of India’s total population!

Traditionally, football in India was limited to a select few regions. The renowned players originated from Kolkata, Goa, Hyderabad, Punjab, and Kerala. But, of late, the North-eastern states have become the hotbed of football talent. Each year, players from the North-east are increasing. The beautiful game has transcended from being the most-loved sport to a lucrative career choice up in the hills.

The first captain of independent India’s football team was a famous figure from the hills – Dr. Talimeren Ao. Born in Nagaland, a passionate football state, Dr. Ao is an iconic figure in North-east and Indian football.

Dr. Ao pursued medicine and football simultaneously. He started his medical degree in Assam, where his introduction to football happened. Later, he shifted base to Kolkata to continue higher education. In Kolkata, Dr. Ao’s exposure at Calcutta Maidan changed his sporting career. He received a call-up from Mohun Bagan in 1943.

Everyone in the Calcutta Maidan lauded his calm temperament as a defender and lethal abilities with the ball. Dr. Ao’s on field traits reflected on his leadership abilities. Soon, he became the Calcutta giants’ captain and earned a position in the Indian football team. Within a few years, he captained the national team as well. Under his leadership, the Indian football team participated in their first Olympics in 1948, at London. Later in his career, Dr. Ao even had offers from England-based Arsenal FC but turned it down to stay in India.

The heroics of Dr. Ao became the famous folklore to take up football in the North-east. Many tournaments mushroomed, and footballers flourished from the tiny states.

It was during the late 1980s, when the North-eastern states sprung their dominance in Indian football. The inception of the Special Area Games (SAG) scheme under the Sports Authority of India in 1986 happened to be a game-changer. The SAG program was constituted to financially support talented sportspeople from the tribal, rural, hilly, and coastal communities. Through the scheme, many North-east footballers were identified. Looking at the untapped potential, few private organizations started scouting from the region.

Those were the initial days of uncovering India’s best sporting secret. Since then, barring Tripura and Arunachal Pradesh, the other six North-east states have been a breeding ground for top talent.

North-east football: A work in progress

In the last few decades, there are key leaders from government, private bodies, clubs, and football communities who are playing a pivotal role in growing football in the North-east.

Take Tetea Hmar’s example. The man behind developing football in Mizoram. Tetea is a member of the All India Football Federation (AIFF) and the General Secretary of the Mizoram Football Association (MFA). He started the Mizoram Premier League (MPL) back in 2012, the first league in the region to have a well-defined commercial structure. Tetea signed a significant five-year media rights deal, which equipped the league to become sustainable over the years. As of today, the tournament is telecasted on Sony Liv, reaches a broader Indian audience, and has become a stepping stone for young professionals in the game.

Tetea’s work expands to grassroots development as well. Even before the AIFF launched Baby Leagues, Mizoram was actively promoting football for the grassroots categories. Further, under his leadership, Mizoram won the Santosh Trophy in 2014. Aizawl FC, Mizoram’s sole club in the I-League, became the first north-eastern side to win the title in 2017. Over the years, some famous names from the state who contributed to the national team are Jeje Lalpekhlua, Lalrindika Ralte, and Lallianzuala Chhangte.

Manipur, meaning ‘Land of Gems,’ has bred gems in Indian sports for years. The state is better known as the sports hub of India. The last few decades have seen Manipuri athletes winning laurels on the international stage, which includes Olympic medalists Mary Kom and Mirabai Chanu. So far, the state has birthed 19 Olympians. Manipur is also famous for its key role in football. For instance, back in 2019, out of the 500+ players that took part in I-League and ISL, 57 were only from Manipur. In the latest edition of the ISL, most North-eastern players are from Manipur.

In fact, the Chief Minister, Mr. Nongthombam Biren Singh, was a former national-level footballer. He has strengthened the sporting landscape and provided support to the state. Neroca FC and Tiddim Road Athletic Union (TRAU) represent Manipur in the I-League. Renedy Singh, Gouramangi Singh, Suresh Singh Wangjam, Dheeraj Singh are some of the renowned footballers from the state.

Coming to Assam, football’s significance dates back to the 1950s. The Bordoloi Trophy, once a prominent competition in the Indian football calendar, kicked off in the state in 1952. Over the next few decades, it gained momentum and fanfare. Clubs like East Bengal, Mohun Bagan, Mohammedan SC became regular participants. Gradually, mismanagement made the competition lose its glory and the iconic teams stopped taking part. However, the tournament is still organized at the national level with teams from different parts of India. The recent edition of the Bordoloi Trophy kicked off last week, with 16 teams vying for the title.

Northeast United FC, the sole ISL representative of the North-eastern states, has its base set up in Guwahati, the capital city of Assam. Assamese footballers Gaurav Bora, Vinit Rai, Rakesh Pradhan, have contributed to the Indian football team in the last few years. Halicharan Narzary, who scored the winning penalty in this year’s ISL final for Hyderabad FC, hails from Assam too.

Around 20 players from Meghalaya play in India’s elite leagues. Phrangki Buam, Redeem Tlang, Samuel Shadap, Ricky Shadong are some of them. The state has also run the Shillong Premier League since 2010, which comprises seven teams. The tournament provides opportunities for deserving talents to rise through the ranks.

Speaking of Sikkim, the state has a rich football legacy. The Sikkim Gold Cup, which started in 1979, was another tournament with a high reputation. Sikkim is also home to Bhaichung Bhutia, India’s longest-serving football captain and the co-founder of Bhaichung Bhutia Football Schools. Bhaichung, post-retirement, has been playing a pivotal role in developing football in the state. He founded United Sikkim FC, which played in the I-League. Alongside Bhaichung, Sikkimese footballers Pem Dorji, Nirmal Chhetri, Sanju Pradhan, Komal Thatal, Asish Rai, and others have represented the national team.

The last 30 years have unlocked the potential of football in the North-east and made it a hub for upcoming players. Back in 2017, when India played the U-17 FIFA World Cup, 9 footballers from the eight states made it to the Indian squad of 21 players.

The numbers showcase how fast football has developed and how big the entire ecosystem could be if nurtured well.

Talking of ecosystem, considering the peak in interest, the state lacks adequate opportunities for youngsters. Problems related to infrastructure, lack of exposure, and a developmental pathway halt the career development of numerous athletes every year. It is also because of a lack of investment and a structured program that talented youngsters fail to reach the pinnacle.

To bridge this gap, Bhaichung Bhutia Football Schools has partnered with Assam Rifles Public School (ARPS), Shillong, to launch their flagship residential academy program. ARPS is the first sports school affiliated to the CBSE board in the North-east with state-of-the-art sporting and academic facilities. The collaboration between BBFS and ARPS will further act as a feeder system for young talents seeking guidance to become professional footballers while balancing academics. BBFS will scout the best talent aged between 9-18 from the region and facilitate the best opportunities.

Admissions for the 2022-23 season are ongoing. Interested student-athletes can register here.

#31 An IPL-style auction and opportunity for underdogs