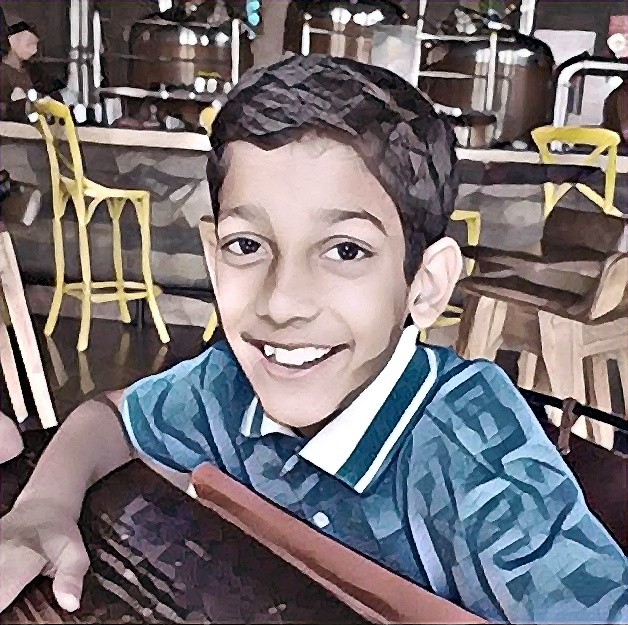 Growing Up With Football | Kush Joshi

“A child can be gifted, but personalized training and systematic guidance is necessary to achieve one’s ambition.”

Kush joined Bhaichung Bhutia Residential Academy when he was 11 years old. Having spent his childhood in Hyderabad, a city with rich football history, Kush’s interest in football started during his recess period at school. His abilities first came to notice in a football camp in the city.

“Kush was playing football in a local academy. Many of the coaches came up to us and said that he was performing well and was very dedicated to improving his craft,” says Prashant.

“One fine day, he came to us and told about his selection for the Reliance football camp in Mumbai. He got selected at the Catalunya club as well. But I had heard about Bhaichung Bhutia and his academy. I firmly believe that learning sports from sportspeople is the best way,” he continued.

“Kush joined BBFS when he was 11 years old to follow his passion for football. We have noticed promising improvements in him. BBFS academy has provided the right grassroots level environment, and he is learning new skills and techniques daily. Kush has become self-reliant and confident. His ability to make decisions on key matters has also developed”, apprised Ms. Manu, Kush’s mother.

When Kush first joined Vedas International School to live his footballing dreams, he was unsure about many things. Gradually, things fell in place. The journey so far has exposed him to various important life lessons, he says.

“I am having the best time at BBFS Residential Academy (RA). In 2018, I went to Singapore to play the Singa Cup. It has been the best memory for me so far at RA. Since I joined, I have played the Delhi Cup, Singa Cup, Sonalika Cup, and the Subroto Cup with team BBFS.” says, Kush.

“Kush had a whole new experience as he started a new life away from home in a hostel. There are many aspects where he has grown. However, the most important part is that he has developed a sense of oneness and team-play. It is imperative at such an early age. He has become more responsible, independent, flexible, and adaptable, and we feel that matters the most. See, your hostel life can never be as comfortable as your home. It is about the learnings that you can take, the memories you create. And Kush is always eager to go back to the academy, which means he seems happy with the environment. It makes us happy as well”, states his father.

Kush has been training under Anil Singh, an experienced coach with an AFC ‘C’ License. As we spoke to him about Kush’s development over the years, Coach Anil says that Kush’s clever work and intelligence separates him from the rest.

“I have trained Kush since he joined the Residential Academy. From his initial days to now, Kush is a changed person. His dedication, on-field smartness, and resilience bore fruits. He is a reliable wing-back for BBFS. In the 2018-19 season, Kush played around 30 matches, which involved prestigious tournaments. His graph has only steeped upwards both on and off the field (studies). He has a bright future ahead of him provided he remains humble and continues with dedication,” exclaimed his gaffer at the RA.

Doing What You Love

But what if Kush fails to make it big? Will the parents repent?

“I have two views on this. It is the child’s future and not the parents’. We tell him what we know is the truth and reality, that people find success when they pursue something they love. You have to love what you do, and only then can you excel. We have personally learned these through our experiences. I feel we must share these things with our children. Let them follow their passion and seek their pathway.

The second thing is the environment where the child is growing. Your daily environment shapes you as a person. So you must be in the right environment. Especially when you are out of the home”, insists Prashant.

Idolizing Sunil Chhetri from Bengaluru FC, Kush is determined to convert his dreams of playing in the Hero ISL into reality, one step at a time. Barring his playtime, he is an avid football viewer. Kush argues if Morata gets replaced, Spain is likely to win the Euro 2020. In addition to becoming a successful footballer, we are very confident Kush has a bright future as a football analyst too 🙂

Passion in the time of Pandemic

Sports & Studies: Do they go hand-in-hand?